This text is dedicated to all the travellers who want to see a well-preserved ancient amphitheatre in Turkey. The bad news for you is: there are none structures of this kind to be visited. If you read about the amphitheatre in Aspendos or Ephesus, you have been cheated, as these structures are ancient theatres. Let us look into this issue a bit more closely as recently many online discussions have drifted in an undesired direction because of the lack of clarity in defining amphitheatres and theatres.

An amphitheatre is an oval or circular building with rising tiers of seats ranged about an open space and used in ancient Rome especially for contests and spectacles. The term derives from the ancient Greek ἀμφιθέατρον (amphitheatron), from ἀμφί (amphi), meaning "on both sides" or "around" and θέατρον (théātron), meaning "place for viewing". 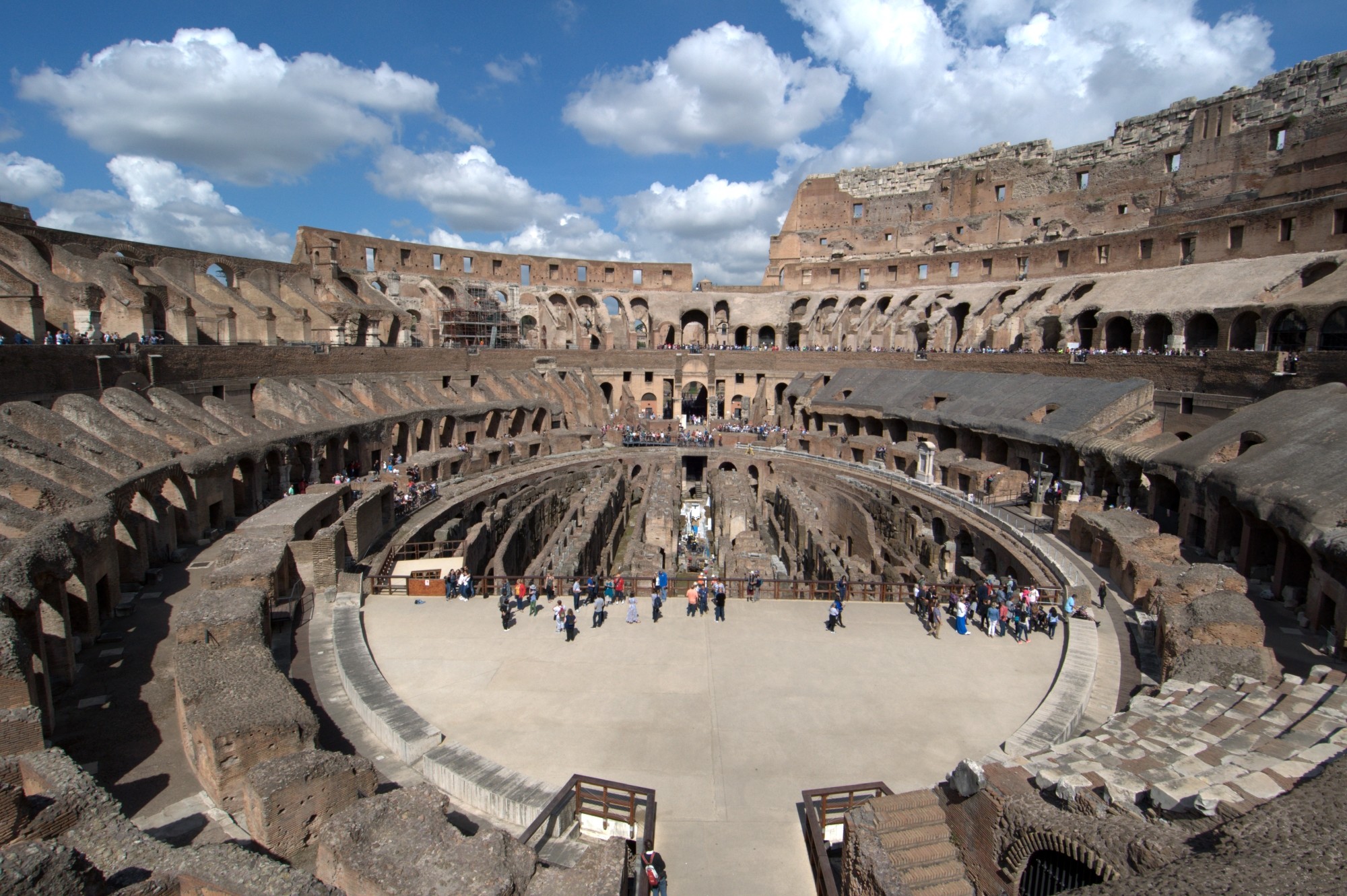 Also one needs to remember that the amphitheatres were typically Roman buildings, as there is no such thing as an ancient Greek amphitheatre. The purpose of amphitheatres was to organise shows such as gladiatorial or animal fights and the staging of land and sea battles. The most magnificent amphitheatre was the Flavian Amphitheater in Rome, widely known as the Colosseum, erected by the emperors Vespasian and Titus. From the above definition, it should be clear that amphitheatres were erected on a circular or oval plan and not a section of a circle. For the illustration, take a look at a photo of a typical Roman amphitheatre in Tarragona (Spain). 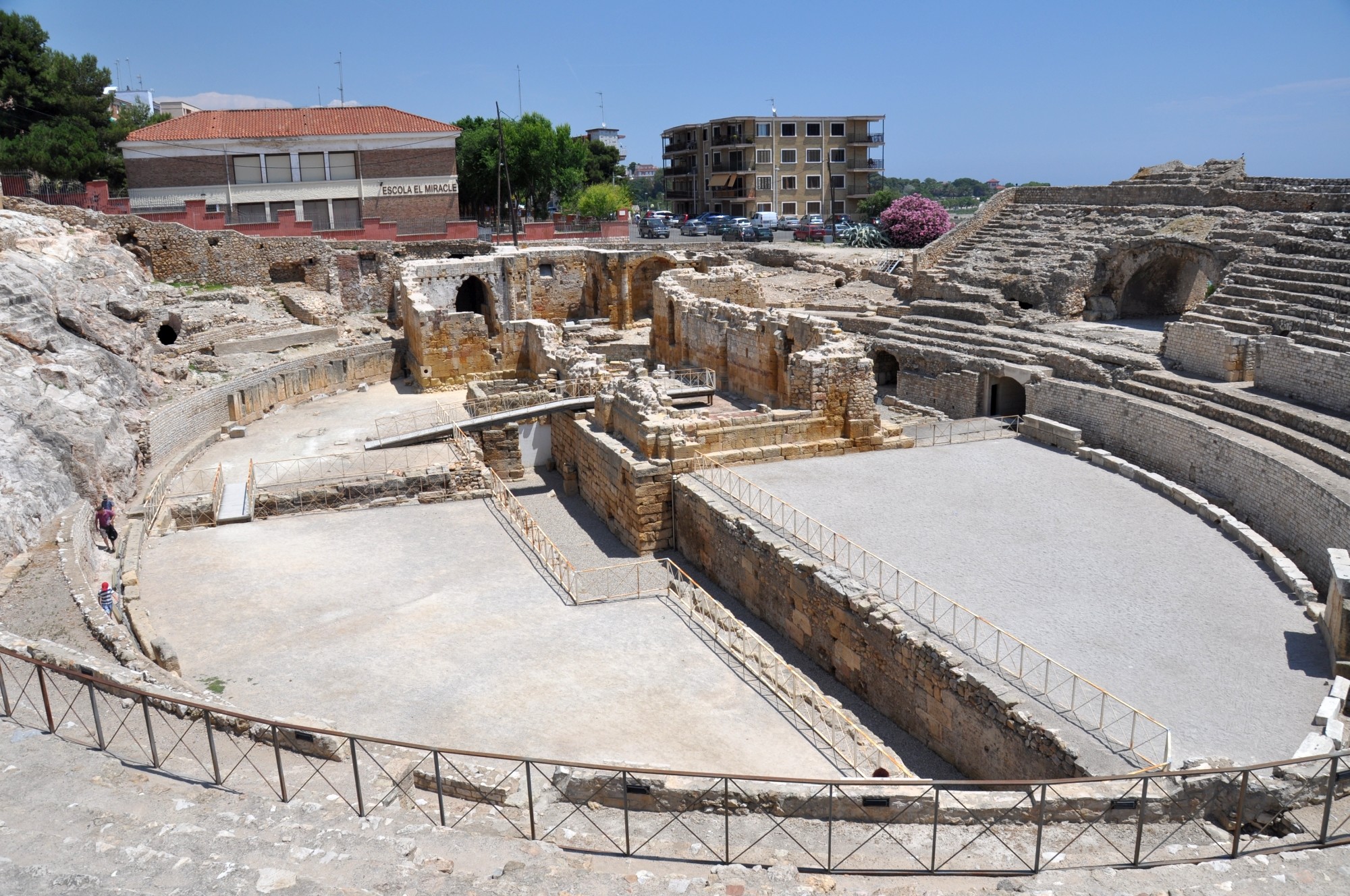 Supposedly, there are several Roman amphitheatres in the area of Turkey, but I have seen only one of them. It is an amphitheatre of ancient Pergamon in the modern city of Bergama. The Kingdom of Pergamon was a zealous ally of Rome, and its last king bequested the whole of his state to Rome in his will. The culture of Pergamon was heavily influenced by Rome. Most probably, because of the strong Romanization of Pergamon, an amphitheatre was built there, despite the fact that usually the ancient Greeks despised such plebeian pastimes as gladiatorial shows. The modest ruins of the Pergamon amphitheatre are located on the edge of the city, halfway between the Acropolis and the Asklepieion. They are almost never visited by tourists as, frankly, there is not much to see there. 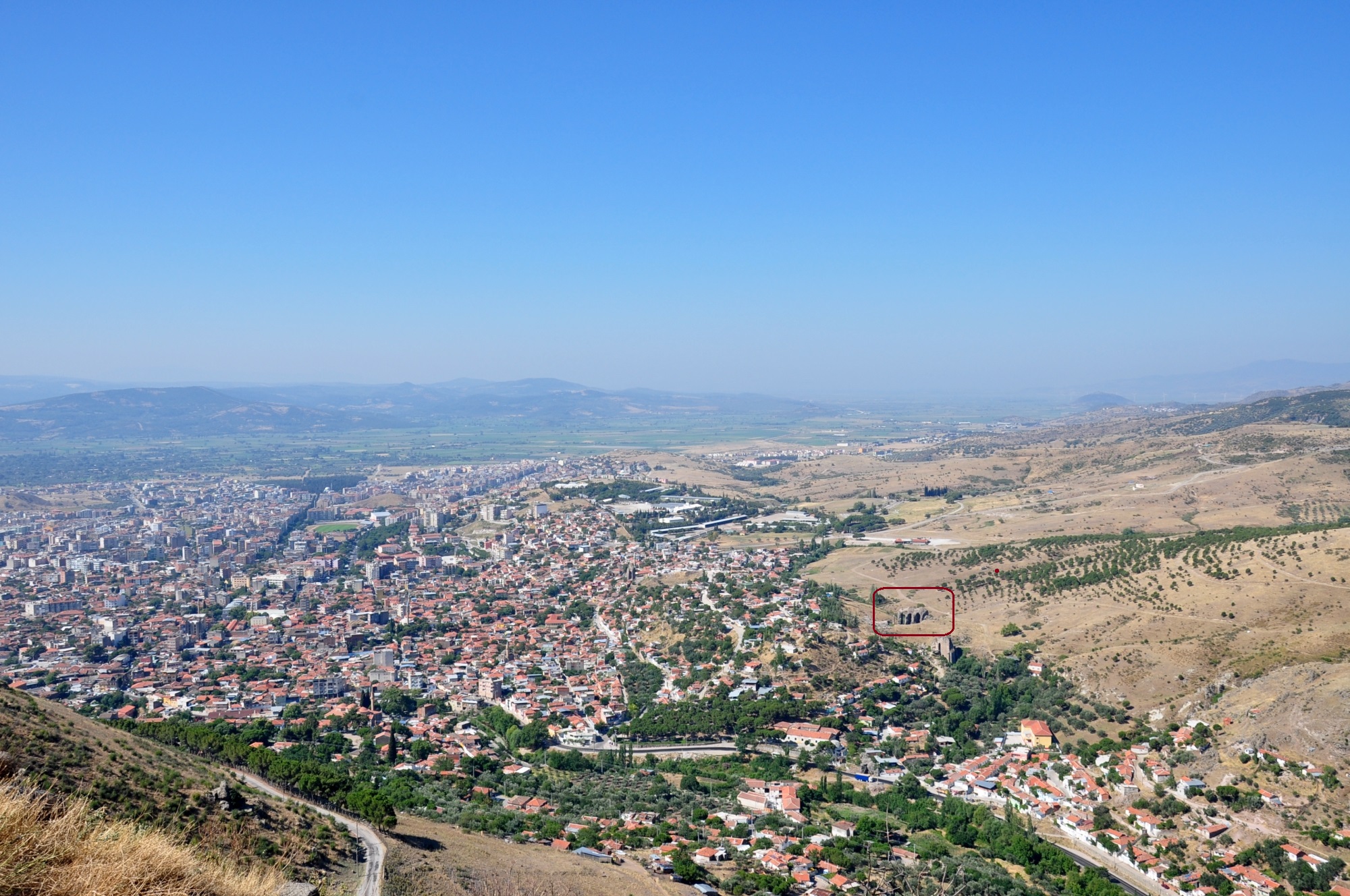 For comparison, there are two well-preserved theatres in Bergama. One of them, on the Pergamon Acropolis, was erected during the Hellenistic period, in the 3rd century BCE. The second one, in Asklepieion, was constructed in the Roman times. 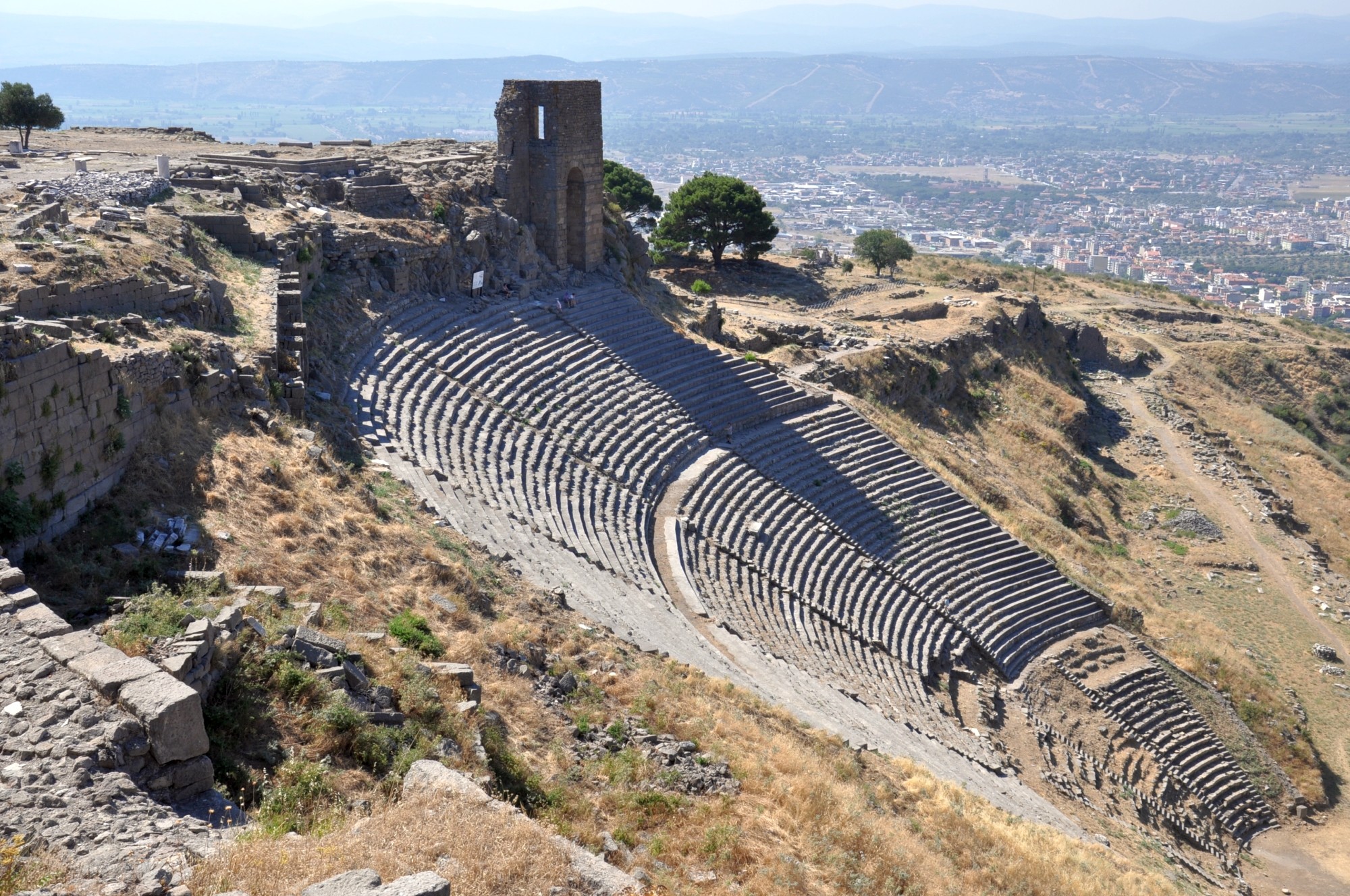 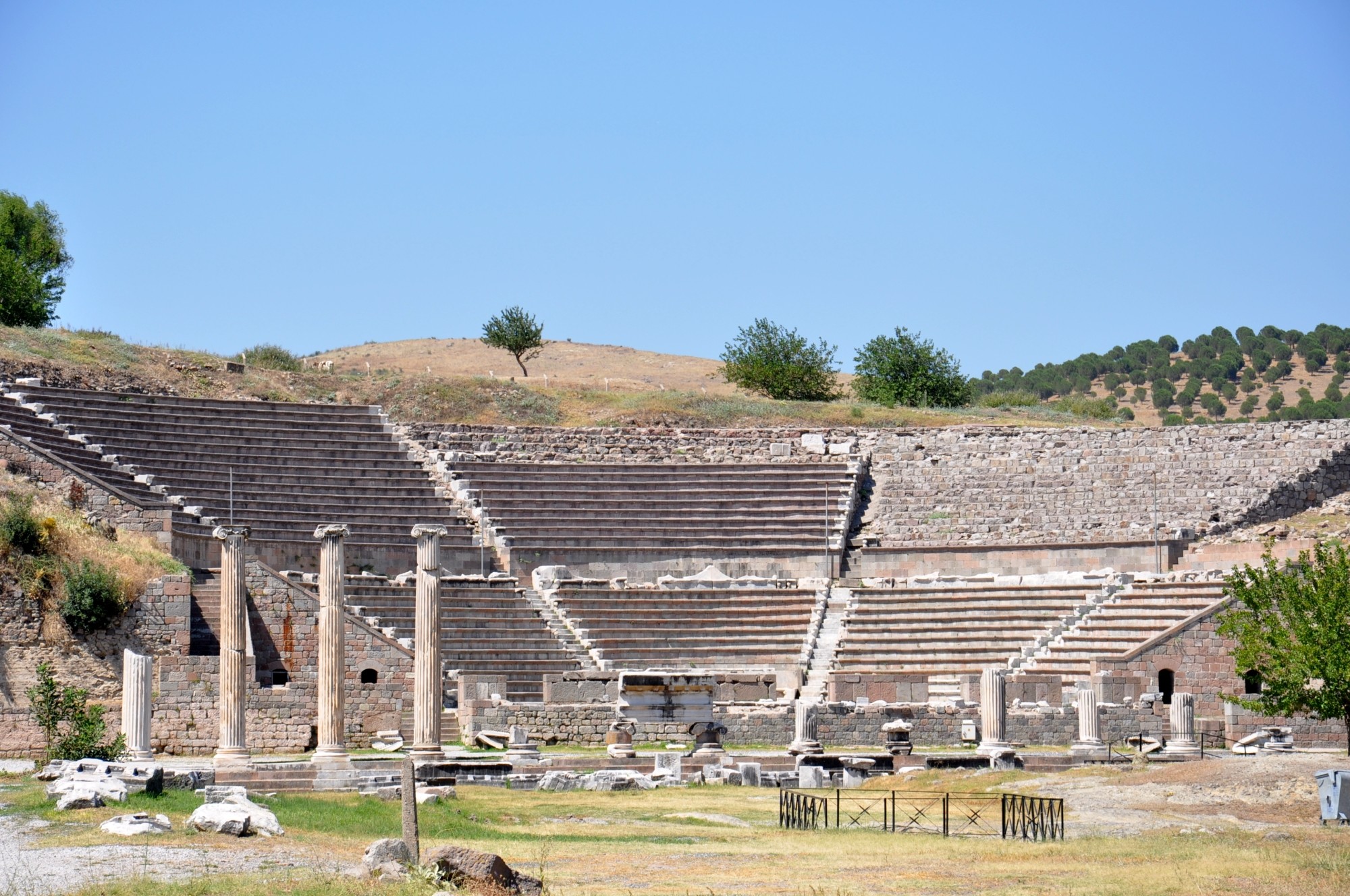 What is a theatre then? Both ancient Greek and ancient Roman theatres were built in on a semicircle, with tiered seating rising on one side of the performance area. In ancient Greece, a theatre was a place dedicated to performing tragedies, dramas and comedies. The theatre audience was surrounded by a little more than a half of the orchestra's perimeter. The Roman theatres were roofed structures and their audience was basically a semicircle inscribed in a square. Theaters were built both in Greek and Roman times, and in the case of many ancient theatres in present-day Turkey, they were originally erected by the Greeks and later rebuilt and enlarged in the Roman times. An excellent example of an ancient theatre is the one in Aspendos. 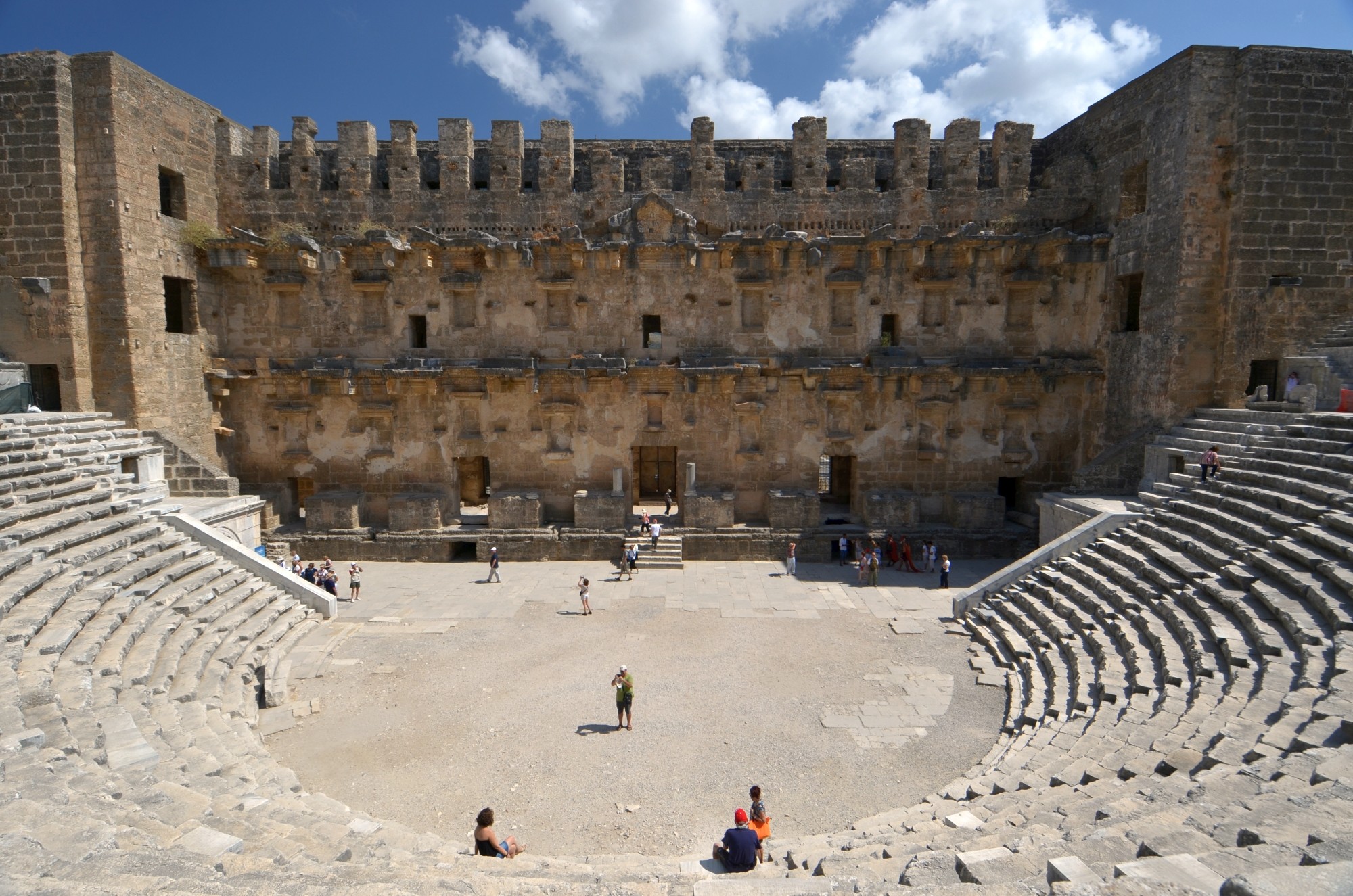 To sum up, it is very probable that the amphitheatre in Bergama is the only building of this type in Asia Minor. It is described by Mark Wilson in his book "Biblical Turkey" as the following words: "The remains of the only amphitheatre, that is, the theatre on both sides, built in Asia Minor stand in the Musalla Mezarlık near Telli Deresi." I have also heard about an amphitheatre in the city of Anazarbus, in the province of Adana, but I have not seen a single photo that documents this building. Therefore, if you want to see amphitheatres, go to Italy or Spain. However, in search for ancient theatres, head to Greece and Turkey.

2019 update: Turkish Archaeological Team has confirmed the existence of the second amphitheatre in the area of Asia Minor. It is located in Cyzicus (40.397686, 27.884583), and long trekking is necessary to reach it.