The year 2021 brought some outstanding archaeological discoveries made in the area of Turkey. The attention of many archaeologists and historians was focused on the Taş Tepeler (Stone Hills) project that aims to study the area where the gigantic change in human history took place in the form of a transformation from hunter-gatherer lifestyle to the agriculture. The archaeological excavations and research were carried out in seven areas of south-eastern Turkey in Şanlıurfa Province. Moreover, as a result of the studies conducted in the last few years, the number of archaeological sites with characteristic T-shaped obelisks has risen to twelve. These are: Nevali Çori, Göbeklitepe, Şanlıurfa – Yeni Mahalle, Karahan Tepe, Hamzan Tepe, Sefer Tepe, Taşlı Tepe, Kurt Tepe, Harbetsuvan Tepe, Sayburç, and Ayanlar Höyük.

Another wonderful news of 2021 was the inscription of Arslantepe Mound archaeological site into the UNESCO World Heritage List. This site is located in the Malatya plain, 15 km to the south-west of the Euphrates River. The official justification of this decision is presented by UNESCO in the following way: "The site illustrates the processes which led to the emergence of a State society in the Near East and a sophisticated bureaucratic system that predates writing. Exceptional metal objects and weapons have been excavated at the site, among them the earliest swords so far known in the world, which suggests the beginning of forms of organized combat as the prerogative of an elite, who - at Arslantepe - exhibited them as instruments of their new political power." Moreover, the historic town of Kemaliye in Erzincan Province, and the Late Antique and Medieval churches and monasteries of Midyat in the southeastern province of Mardin were added to the UNESCO's Tentative list of World Heritage.

Fascinating studies demonstrated that the textiles made at Çatalhöyük 8,500 years ago were not made from imported flax, but from the inner bark of local oak trees. Another surprising discovery was made during the work carried out in the Byzantine-era Bukoleon Palace in Istanbul, where mysterious skeletons of people were found. Finally, in Sayburç, one of the Taş Tepes in Şanlıurfa Province, a five-figure scene consisting of humans, leopards and a bull was revealed.

Sadly, there were also some negative events reported in 2021 by the Turkish media. Two of the Bin Tepeler - Lydian-era Tumuli - near ancient Sardis in Manisa Province, were destroyed by treasure hunters using heavy construction equipment. Treasure hunters were also responsible for the destruction of 250-year-old chapel of Saint Dimitri Monastery on Cunda Island in Balikesir's Ayvalık district. Scandalously, the land that includes a part of the Pedasa ancient city near Bodrum, was put up for sale for 35 million Turkish liras.

Continuing the struggle to restore the stolen archaeological artefacts, in 2021 Turkey managed to recover around 3,480 of cultural assets because of the continuous efforts of the country's anti-smuggling authorities. These artefacts included pieces of ceramic tiles, some ancient coins, statues, and a mosaic. 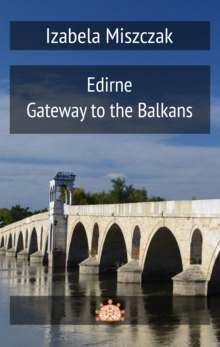 Turkish Archaeological News team published two new books in 2021, devoted to the former capitals of the Ottoman Empire. The first one is a monograph devoted to the history of Edirne, formerly known as Adrianople. Edirne. Gateway to the Balkans is available on Amazon in the paperback version and as the Kindle e-book. Additionally, it is possible to purchase the e-book version from Google Play. 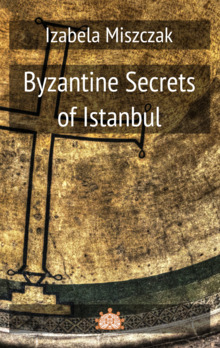 The second book, Byzantine Secrets of Istanbul, focuses on the little known historical monuments of Istanbul from the times of the Byzantine Empire. The book is now available on Amazon in the paperback version and as the Kindle e-book. Additionally, it is possible to purchase the e-book version from Google Play.

Finally, let us also take a look at the most important archaeological discoveries in monthly reviews for 2021. For more details, please check out section 2021 in Turkish archaeology.

January 2021 brought to light the remains of the Aphrodite Temple in the Urla-Çeşme peninsula, while a statuette of Asclepius and a bust of Serapis were unearthed in Kibyra. Moreover, memorial tombs of Seljuk sultans went under restoration in Konya and the sensational discovery was made in Diyarbakır where the graves of the Seljuk Sultan Kılıç Arslan I and his daughter Saide Hatun were uncovered.

February 2021 was the month of some wonderful archaeological discoveries in the area of Turkey. Roman bath ruins were found in Hıdırlık Tower excavations in Antalya while Roman period ruins were unearthed in the car park works in Pazarkapı location of Ortahisar district of Trabzon. Sadly, the millennia-old burial tumuli of the Lydian kings became threatened by the treasure hunters in Bintepe area near Sardis. Finally, the comprehensive restoration project was announced for the Theodosian Walls in Istanbul.

The beginning of March 2021 brought sad news as George Bass, who played a critical role in the creation and evolution of underwater archaeology as a scientific discipline, died on March 2. Then, the remains of an ancient port in Turkey’s southern province of Mersin’s Mezitli district have come to light due to the receding water levels. Also, many renovation projects were announced, including the Temple of Zeus in Euromos and the ancient structures at Aizanoi. Finally, at the end of the month, it was announced that the ancient city walls of Hadrianapolis in Edirne were declared as a first-degree archaeological site.

April 2021 brought alarming news concerning the state of the ancient city of Assos where the rock fragments fell onto the road to the ancient harbour. Also, the historical rock tombs in the ancient city of Kaunos are under the threat of extinction, losing their structural integrity due to the deterioration of rocks. Meanwhile, thirty graves were unearthed in a basilica church in the ancient city of Kibyra and a monastery built in the Roman period and a nearly 1500-year-old mosaic were discovered in Aliağa.

May 2021 saw the realization of many excavation projects in Turkey, including the ones in Troy, Aizanoi, and Kadıkalesi. Moreover, the historic town of Kemaliye in Erzincan Province and the Late Antique and Medieval churches and monasteries of Midyat in the southeastern province of Mardin were added to the UNESCO's Tentative list of World Heritage.

Many archaeological digs were carried out in June 2021, including the ones in Metropolis where four interconnected cisterns and a 1,800-year-old statue of a woman were unearthed. Also, the archaeologists and conservationists finished restoring the northern city gate of Stratonikeia. Moreover, the restoration of the cult statues of ancient Claros was announced.

The biggest news of July 2021 was the inscription of Arslantepe Mound near Malatya into UNESCO's World Heritage List. This event broke the unlucky trend as after Göbekli Tepe became the World Heritage Site in 2018 no other archaeological sites from the area of Turkey were granted this privilege for three years. In other news, Turkey reopened Sümela Monastery in the Black Sea region to visitors after five years of restoration. Moreover, the archaeologists discovered a 1000-year-old human skeleton in Perre and the monumental entrance gate of the Zeus Temple's sanctuary in the ancient city of Aizanoi.

August 2021 saw numerous archaeological excavations carried out in Turkey, including the projects in Antandros, Comana Pontica, Alacahöyük, Pompeiopolis, and Ani. Moreover, the iconic Ephesus theatre reopened its doors for art-lovers following a three-year break due to restoration works.

In September 2021, the archaeologists working in Turkey reported the discovery of the mosaics belonging to the Byzantine period in a complex of buildings in Balatlar in the northern province of Sinop. Moreover, dozens of graves and the remains of houses were found during excavations of the 7,000-year-old ancient mound of Arslantepe, newly inscribed into the UNESCO World Heritage Lists. The discovery of 5,000 seal impressions at the same site leads archaeologists to explore and piece together how bureaucracy worked nearly 6,000 years ago. Finally, the 27th round of excavations started in the Elaiussa Sebaste ancient city in Mersin Province of southern Turkey.

Among the most significant archaeological discoveries announced in Turkey in October 2021, a 12.000-year-old temple found during excavations in Boncuklu Tarla is possibly one of the most outstanding ones. Moreover, a 2,000-year-old altar was unearthed in the ancient city of Alexandria Troas, while a 1,600-year-old church was discovered in Priene. Finally, 300 square meters of mosaics from the late Roman-early Byzantine period in central Kayseri province’s Incesu district.

Possibly, the most amazing archaeological discovery announced in November 2021 from the area of Turkey was the discovery of seven skeletons during the excavations carried out in the area of the Bukoleon Palace. The researchers suggested that these may be the remains of the victims of the massacre carried out by the Crusaders in Constantinople. Moreover, the prehistoric past of Asia Minor was the hot topic, for instance an architectural structure thought to be 7-8 thousand years old was found in Domuztepe Mound while a 4,500-year-old structure containing a jar, many pots, and food fossils has been unearthed at the Yumuktepe Höyük. Also, in the 5000-year-old Panaztepe settlement located in the Menemen district of Izmir, structures thought to belong to the oldest period of the city were found. Finally, a study of pieces of woven fabric discovered in the Neolithic city of Çatalhöyük revealed that the textiles, dated to between 8,500 and 8,700 years old, were made of bast fibres from oak trees.

Among numerous archaeological discoveries announced in December 2021, the most significant ones included a Roman-era weaving workshop found in Perre, 15 statues excavated in neo-Hittite sculpture heaven Yesemek, and a marble Heracles statue unearthed in Aizanoi. Moreover, restoration works at Topkapı Palace were announced to be coming to an end while the former Hıdırlık Bastion in the western outskirts of Edirne was inaugurated as the Edirne Balkan History Museum.